Adapted from Garrard Conley’s memoir, Joel Edgerton’s Boy Erased traces the remarkable journey of Jared Eamons (Lucas Hedges). After being outed to his parents (played by Russell Crowe and Nicole Kidman) at 19, Jared is pressured to enter a conversion therapy program, an ordeal that eventually leads to his discovering his own identity and course in life.

To fill out Jared’s world and conversion therapy group, Edgerton pulled together a talented and diverse supporting cast, each with experiences that made the story feel poignant and personal. Edgerton recounted during production, “The Boy Erased cast is rounding out in a way I could only dream of. We have gathered an incredible ensemble of actors.” Indeed the wealth of real-life experiences in the cast gives the drama a powerful resonance. For Little White Lies, “The balance in these relationships gives the film’s masculinity in crisis a depth.”

Singer, songwriter, actor, and YouTube personality, Troye Sivan has been an advocate for LGBTQ+ rights since he came out publicly in 2013. For Boy Erased, Sivan not only plays Gary, a fellow conversion therapy student, but also co-wrote the film’s acclaimed original song “Revelation” with Jónsi. Having had “the ideal coming out [with] incredibly supportive family, incredibly supportive friends," Sivan can still “100% relate to all of those emotions” that Jared goes through when he must choose between his family and his sense of identity. The film brings to light one person's story that might otherwise have gotten lost, and, for Sivan, “the more LGBTQ stories that we can tell, the better.” 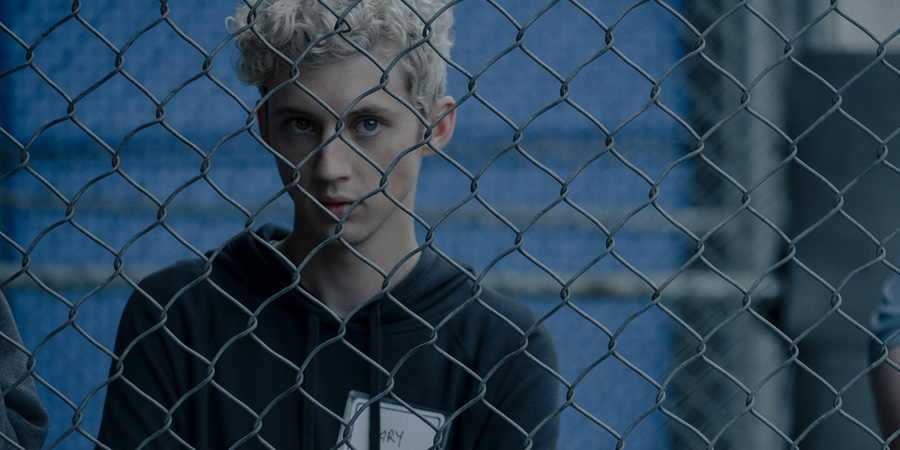 As the character of Jon, a young man torn up by his desperate desire to make conversion therapy work, Xavier Dolan has been critically applauded. “He anchors his role as a friend with the vulnerability of a passionate teen who’s still terrified of the possibilities of his own emotions,” writes Little White Lies. Having already directed seven feature films (most of which he has also written) by the age of 29, Dolan is one of Canada’s most acclaimed and audacious young filmmakers. At age 20, Dolan parlayed the money he’d made as a child actor to fund his first feature, I Killed My Mother. The pseudo-autobiographical coming-of-age drama was a sensation at the 2009 Cannes Film Festival, receiving an eight-minute standing ovation. With each film, Dolan has explored new cinematic styles and stories, many of them dealing with LGBTQ+ characters. It’s Only the End of the World, his provocative drama about a gay playwright returning home, won the Grand Prix at the 2016 Cannes Film Festival as well as six Canadian Screen Awards, including Best Motion Picture and Best Direction. Dolan recently exclaimed, “I’ve watched so many LGBTQ films as a kid, desperately looking for answers…Most of them were brilliant and invigorating for the young artist I wanted to be.” 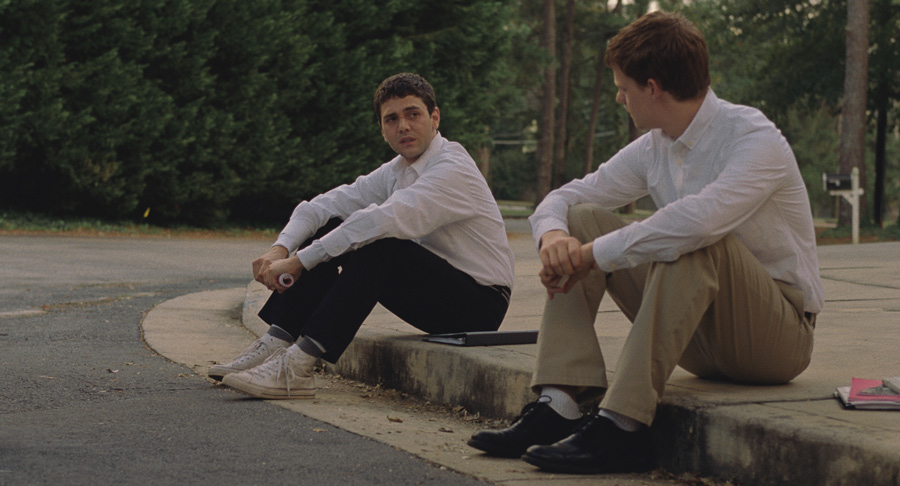 When Jared begins to question his sexuality, he is sent to the family physician Dr. Muldoon (played by Cherry Jones). As one of our great stage actors, Jones has been nominated for five Tony awards, winning two. In addition, she has made her mark in a number of memorable film and TV roles. In the Amazon original series Transparent, Jones received acclaim—and a Critics’ Choice nomination—for her portrayal of the lesbian icon and poet Leslie Mackinaw. As an pioneering out actress, she publicly thanked her then long-time partner when she won her first Tony for The Heiress in 1995. Her own sense of identity, however, was hard earned. Her mother originally had a hard time when she came out. But with time and education, Jones told The New York Times, “She became the guidance counselor for every parent of a gay child.” 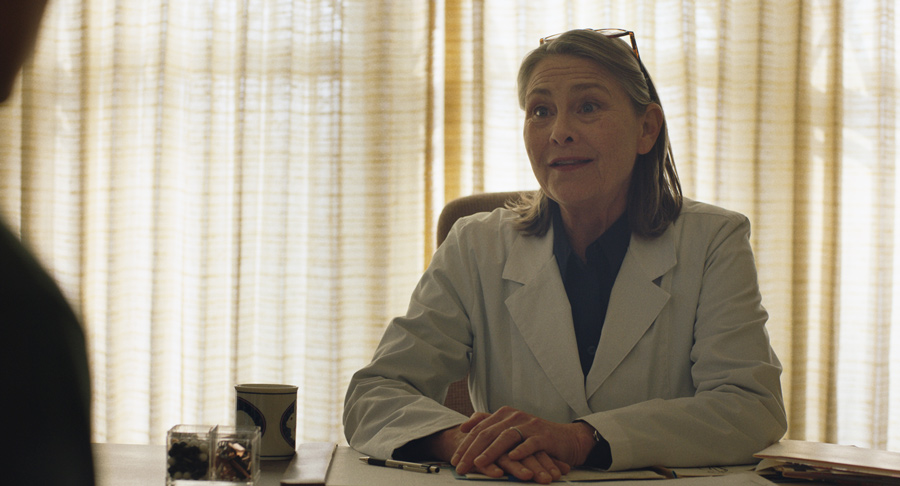 For Boy Erased, David Joseph Craig does double duty as a co-producer and an actor. In the film, he plays Michael, “the regimented, converted employee of the therapy program that has bought into everything,” explains Craig. As an artist, Craig wears many hats. He performs regularly at New York Upright Citizens Brigade Theatre. He’s appeared in several films, including Joel Edgerton’s debut feature The Gift. He’s also created and starred in a number of web series, including “What To Expect When You Tell Someone You Are Gay.” In addition, he helped launch the podcast “UnErased” with Garrard Conley “to usher our queer stories into the permanent archives of American history, where they have always belonged,” as he told The Advocate. 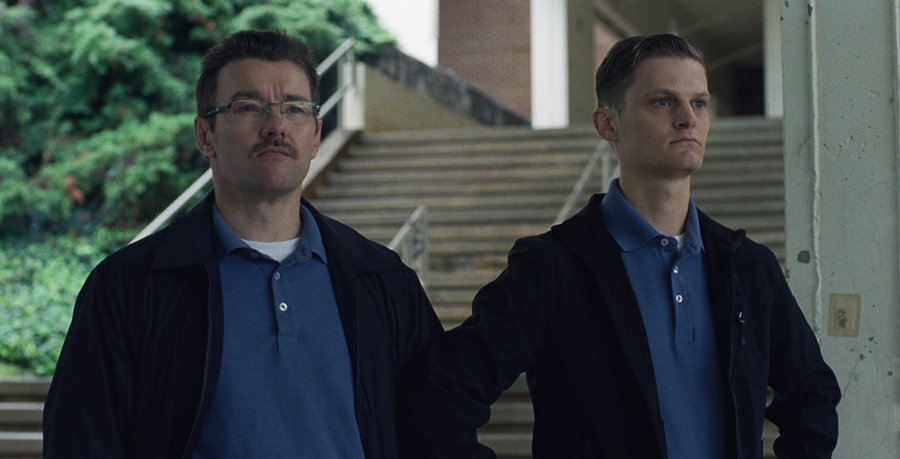 As Sara, a young girl in conversion therapy, Jesse LaTourette captures the terror of being trapped in the program. Diana Reviews It All spotlights her as one of the characters “worthy of their own film/story.” For the promising newcomer, part of the reward is being able to help get this story out. As she wrote, “So thankful to be part of such a meaningful project. It really does take a village…Love is love. That's the future I believe in.” 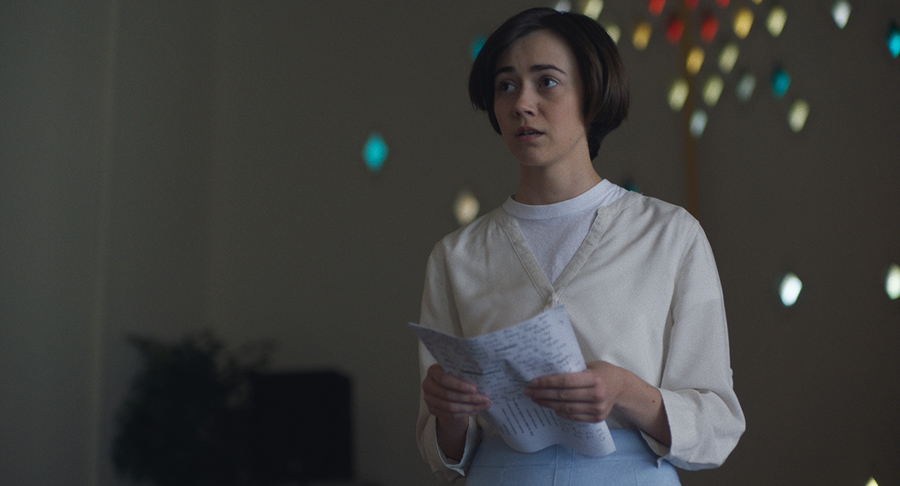