Eliza Hittman is no stranger to film lovers. Her second festival feature, Beach Rats, won the 2017 Sundance Directing Award. Her new film Never Rarely Sometimes Always (on demand April 3) has connected in an even more powerful way for those who screened it at the Sundance Film Festival, the Berlin International Film Festival, or in theaters. Its intimate tale of two young women (Sidney Flanigan and Talia Ryder) traveling to New York City from rural Pennsylvania to deal with an unwanted pregnancy registered an unparalleled depth of compassion, empathy, and suspense in viewers, making it one of the best reviewed film so far this year. “Hittman’s urgent film is an emotional wipeout,” notes Rolling Stone. “It’s also impossible to forget.”

With Never Rarely Sometimes Always coming to On Demand, we remember people's powerful reactions on first seeing it. 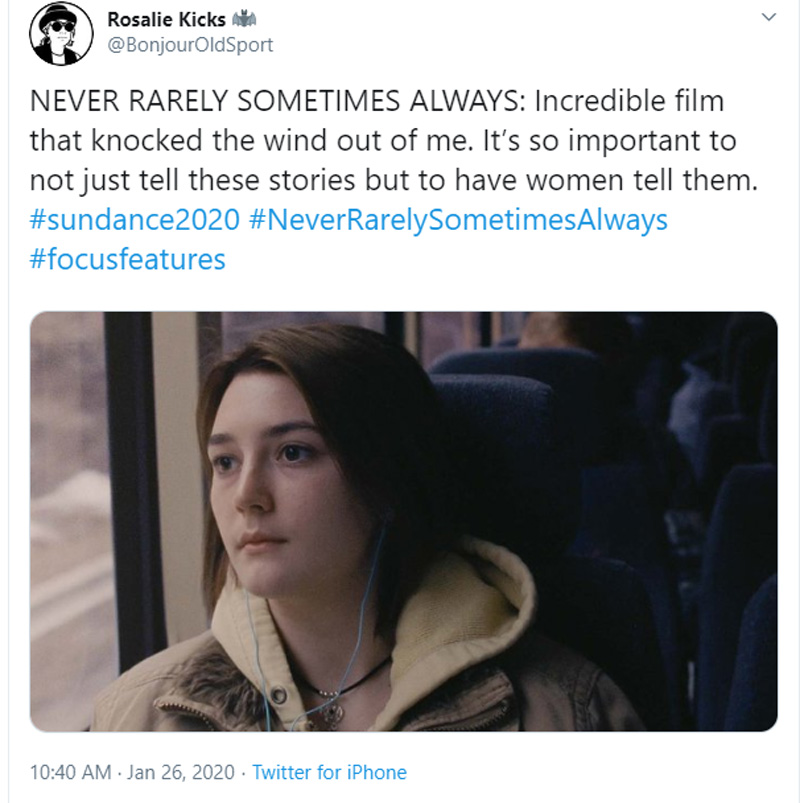 Others were wowed by the performances. 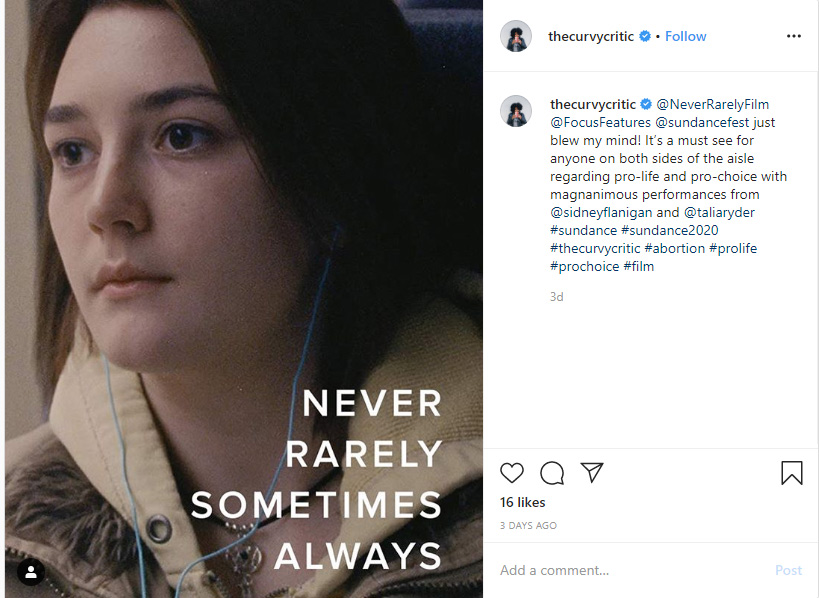 Then there was Hélène Louvart’s striking cinematography and Julia Holter’s moving score .

For everyone, the film hit home as an important and timely film.

A film that will not soon be forgotten and should be seen by many. 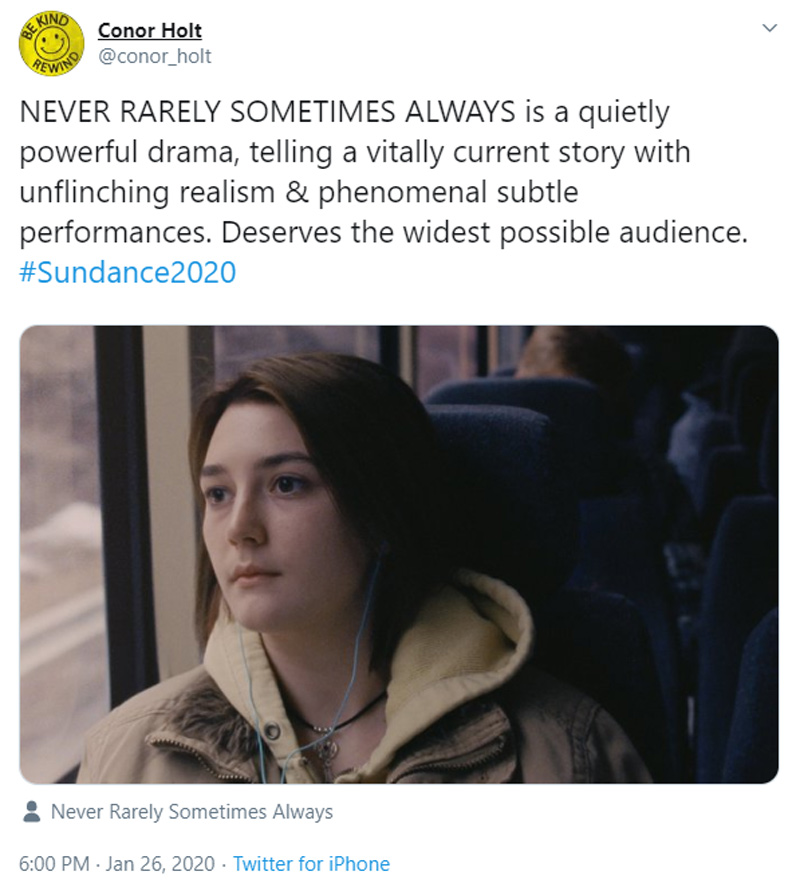