Kasi Lemmons’ Harriet—in theaters November 1—brings to the screen the amazing life of Harriet Tubman (played by Cynthia Erivo). While many people know of Tubman’s trailblazing work rescuing enslved people via the Underground Railroad, few realize the immense range and scope of her courage or freedom fighting feats. From saving lives to acting as a spy for the Union to commanding a fighting force during the Civil War, Tubman provided a lesson in courage for generations to come. For The New York Post, “What better entry point for learning about one of America’s real-life superheroes than this bravura performance from Erivo?”

To fully realize the complexity of Tubman’s story, Lemmons sought out actors whose experience in musical and stage performance give an extra dimension to their characters. From Grammy®-winning musical artists to show-stopping, Tony®-winning Broadway stars, the cast of Harriet resonates on many levels.

Get tickets to see Harriet today.

The official trailer for Harriet

Harriet’s producer Debra Martin Chase first glimpsed Cynthia Erivo’s talent watching her play Celie in the London revival of the musical The Color Purple. Enthralled by Erivo’s performance, Chase was even more impressed with the person herself. “Cynthia carries herself with such grace and such confidence and such truth and wisdom,” remembers Chase. “Right away, I was like, she’s Harriet.” When The Color Purple moved to Broadway, Erivo’s talent was rewarded with a Tony®, then a Grammy®, and finally an Emmy®. As a singer/songwriter in addition to being a performer, Erivo finds in music a language for expressing her emotions, much like with acting. “More than anything I see music as the alternative way of telling a story,” she explains. For the film, Erivo performs the powerhouse original composition “Stand Up,” which she co-wrote with Joshuah Campbell. For Erivo, “Having played Harriet, there was a deeper knowledge of what she had been through so I was able to use that knowledge and emotion in creating the song.” 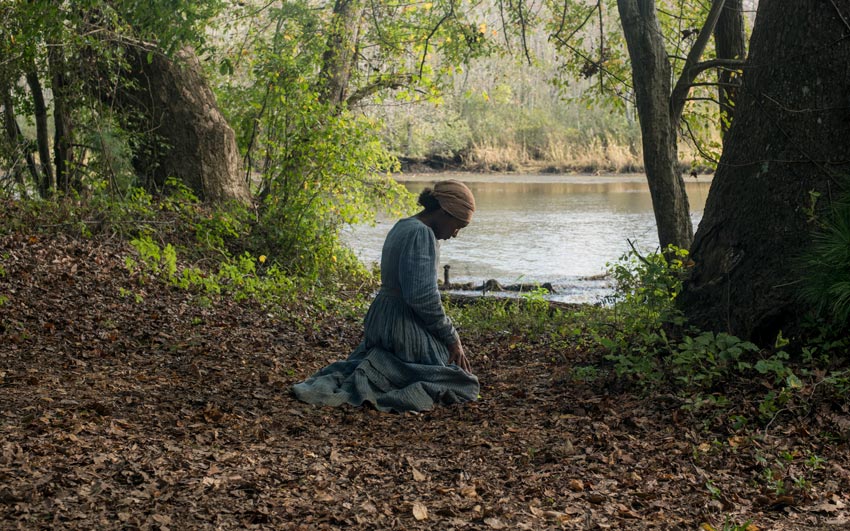 Cynthia Erivo captures the soul of Harriet Tubman in Harriet

Janelle Monáe | A power of example

In Harriet, Janelle Monáe plays Marie Buchanon, an enterprising, free woman of color who runs a boarding house in Philadelphia. For Harriet and others, Buchanon demonstrates the potential individuals can realize on their own, an ambition realized by Monáe herself in real life. After getting noticed for her breakout work with OutKast in 2005, Monáe released her debut album, the Grammy®-nominated The ArchAndroid, five years later. She followed that up with two more critically acclaimed albums, while also expanding her resume to include acting in 2016 in Moonlight and Hidden Figures. Having grown up in a family afflicted by poverty and drug addiction, Monáe showcases her success as a way to provide hope for others. “I really want to be the one to show everyone back home that it can be done… by being passionate about the right thing,” explains Monáe. 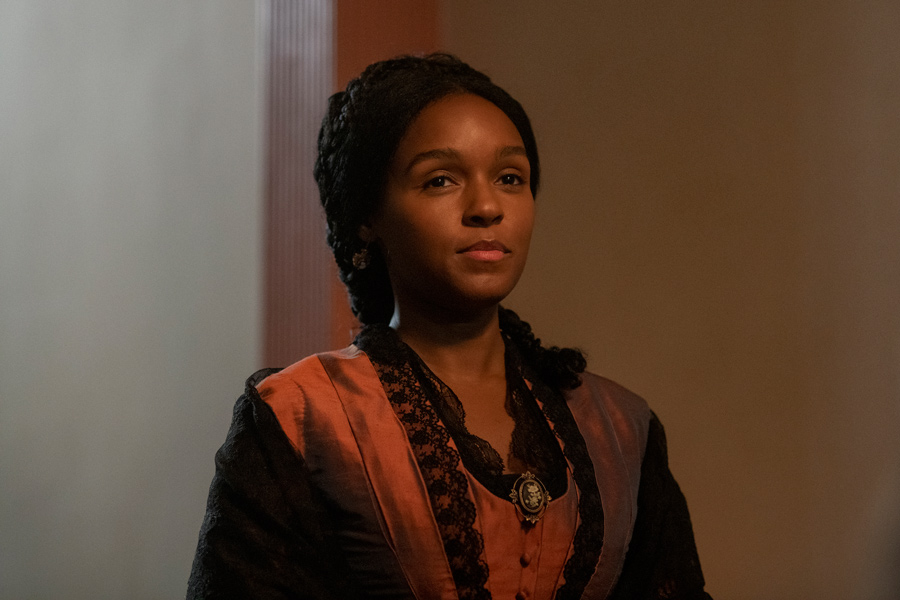 To play Eliza Brodess, the plantation owner who inherits Tubman after her husband Edward Brodess dies, the filmmakers cast the country singer/songwriter Jennifer Nettles. In fact, Nettles sought out this tough role in order to bring attention to a critical moment in our nation's history. “If we are not careful and we do not remember our histories, we run the risk of repeating the mistakes that we have made,” Nettles explains. Nettles’s own history demonstrates a commitment to taking bold, creative risks. After her groundbreaking work with the musical group Soul Miner’s Daughter, Nettles sought out a solo career, before joining forces with Kristian Bush to create Sugarland. The popular duo redefined the country-folk tradition with four acclaimed albums that won several Grammys® and many more Country Music Awards. In 2015, Nettles redefined herself again by taking up an old passion—acting. That year, she appeared both in the TV movie Dolly Parton's Coat of Many Colors and a revival of the musical Chicago. For her, working on Harriet, like making music, is a labor of love. “I have decided to make choices in the art that I create, that aligns with the most sacred parts of my heart,” explains Nettles. “Harriet, being one of them.” 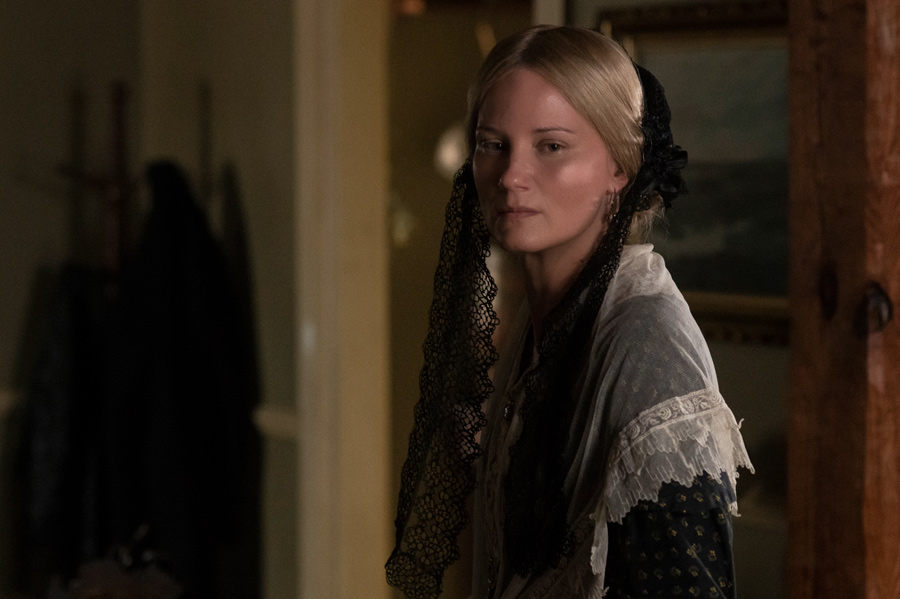 At age 17, Leslie Odom Jr. stepped onto a Broadway stage in the 2000 production of Rent. Sixteen years later he became a legend as  Aaron Burr in the musical Hamilton, going on to win both a Tony® and Grammy® award. In the years in between, Odom honed his craft working on TV (with recurring roles in Person of Interest, Law & Order: Special Victims Unit, and Smash), in musical theater (in productions of Leap of Faith and Tick, Tick…Boom!), and as a recording artist (releasing two jazz albums). In Harriet, Odom plays the real-life abolitionist William Still, a man essential to the running of the Underground Railroad. Odom’s experience with Hamilton taught him the importance of shining a light on historical figures, like Still. Odom explains. “I’m excited to inject these people into the modern conversation, to talk about these people with young people, to give them an image to hold onto and a connection to their legacy as Americans.” 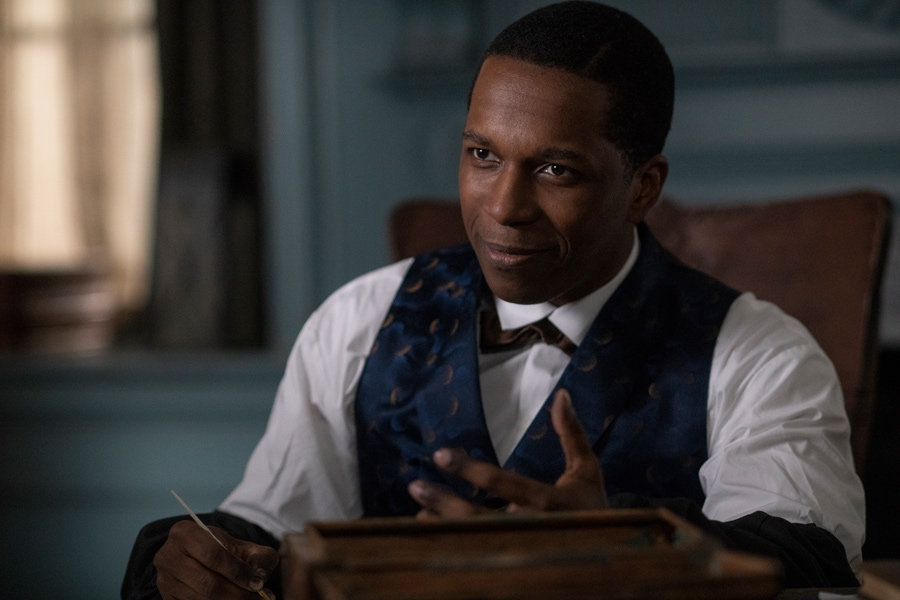 While costume designer Paul Tazewell is not a performer, his work dressing Broadway hits as Hamilton and Bring In ‘Da Noise, Bring In ‘Da Funk, as well as NBC’s The Wiz Live!, has taught him how important clothes are to making a performance sing. For his Tony-nominated outfits for Hamilton, Tazewell demonstrated how marrying historical facts with dramatic flair brings out the emotion of a story. In Harriet, Tazewell’s costumes transport the cast back to the 19th century. “As soon as I put the outfit on, I feel like Marie instantly,” recounts Janelle Monáe. “I love costumes, world building. It all puts me in the world, and it makes me feel like I’m honoring these characters in the best possible way.” 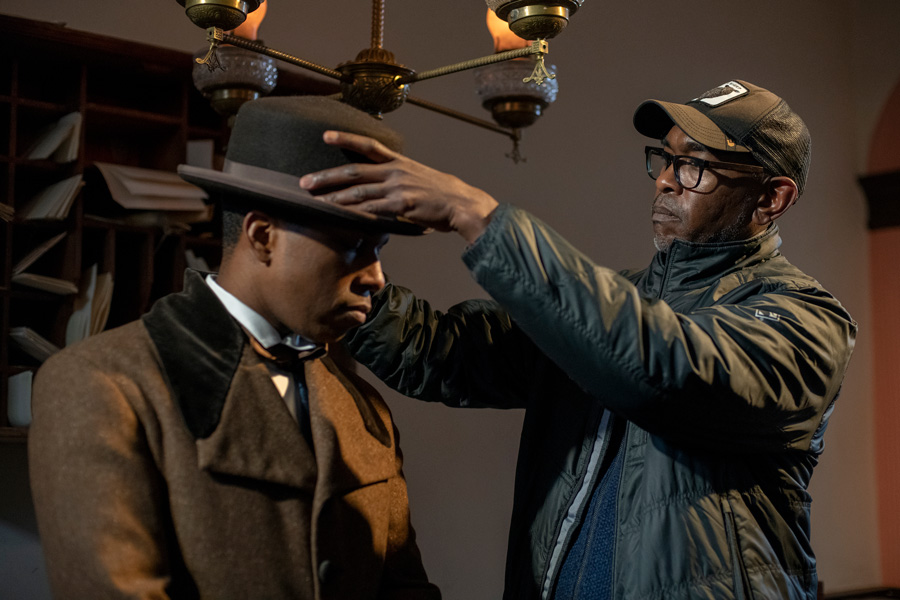