Exploring the Last Taboo: A Conversation with Julia Ducournau, Director of Raw

Cut from the cloth of David Cronenberg and David Lynch, meet the filmmaker whose shocking debut has audiences and critics buzzing

After the first few scenes of Raw, Julia Ducournau’s edgy new horror film, you may mistakenly think you are about to embark on a classic coming-of-age film. A young woman, Justine (Garance Marillier), gets dropped off at college by her overprotective parents. But it doesn’t take long before Ducournau steers you into uncharted territory, as her heroine makes crucial self discoveries about her budding sexuality, dark family history, and an uncontrollable desire to consume raw flesh (especially human).

After seeing the film at the Toronto Film Festival, Peter Bradshaw from the Guardian said “what is very impressive about Raw is that absolutely everything about it is disquieting.”  Described as a “maelstrom of blood, guts and unfettered sexual awakening” by the Hollywood Reporter, Raw is film that lingers in your subconscious long after the credits roll.

Focus World sat down with the 33 year-old writer-director Ducournau to ask its newest auteur about her inspirations, technique, and ambitions. Here is an excerpt from that conversation. 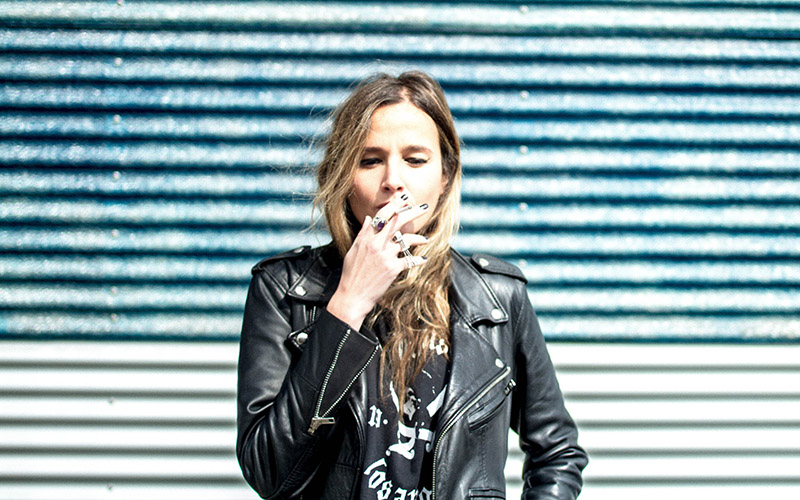 Tell us about your inspiration for Raw.

I thought that cannibalism was very interesting because it's something that people tend to reject as not being part of humanity. But cannibalism is actually part of the three taboos of humanity, along with murder and incest. That means that it belongs to humanity -- it's in us.

I wanted to put the audience in the shoes of a cannibal, to make them empathize with her and ask themselves the question: What is it to be human and what is it to be inhumane?

How did you balance this contrast, between the humane and the inhumane, as a writer?

To create empathy for the character at the very beginning of the movie, I built up the context of hazing [first year students] in the campus. You hear a lot of people yelling stupid orders or creating absurd rules she has to follow, and she doesn’t know why. No one wants to be dictated rules that make no sense, so I knew that it would resonate in a very political and intimate way in the audience.

Afterwards, as her cravings build, we see [Justine] fighting them and trying to understand what they mean. She’s overcome by her nature, and somehow there is a sense of freedom that goes with it. She learns that freedom comes at the price of responsibility.

Raw connects two genres -- horror with a coming-of-age tale. Was that intentional?

What interested me about this moment [heading off to college] is that you go through a metamorphosis. It is physical because your body changes, and also, sexuality becomes a stake in your life when it was not before. You get out of your parents’ little shell and you start building up your own opinions about the world.

This is why I love the grammar of the body horror genre. It’s incredibly visual and also relatable. We’re not talking about fantasy things or another world that doesn’t exist. Everyone has had a rash. Everyone has had the stomach flu. Everyone has had to puke, you know? I like to make these very mundane, daily things strange.  That’s why it was always linked for me, because coming-of-age equaled metamorphosis.

Do you find that people are surprised that a woman created Raw?

Once at a festival, a guy in the audience told me during a Q&A, “It's nice to have women directing horror, because they bring softness to it."  He was very sweet and was trying to be nice, but I’m like, “What? Have you seen my movie?”  Why is it reassuring to believe that women are soft? Why are we supposed to be soft? This something I really don't understand.

We feel violence and anger as much as anyone else in this world. Feelings are feelings and they belong to everyone. It breaks my heart a little, because it's never far from a kind of sexist commentary, but at the same time, it is rooted in a reality.

“Why are [women] supposed to be soft? We feel violence and anger as much as anyone else in this world.”

I think actually these things are starting to change, because you see it with Jennifer Kent (The Babadook) and Ana Lily Amirpour (A Girl Walks Home Alone at Night).  More and more strong female filmmakers are interested in genre [stories]. But we have to stop, saying, “Oh, does it look like a woman that made it or does it look like a man that made it?”  I mean, they're just people making movies.

Which filmmakers have inspired you?

David Cronenberg (Eastern Promises, Maps to the Stars) is a major influence in my life. I discovered [his films] when I was a teenager. He sees death and putrefaction and the changes of the body as something that is actually very emotional and pretty beautiful. My parents are doctors and they have the same way of talking about death -- with this kind of distance, and at the same time, with a kind of love.

Also, David Lynch. Obviously, he’s an amazing director and his shots are beautiful, but what I like the most about him is his sense of humor. He cracks me up. Twin Peaks: Fire Walk with Me is one of the best crossover films in the world. You really cry for these people who lose each other, who love each other. But at the same time, it's so funny. I really love it. [chuckles]

What would you like audiences to take away from Raw?

I want them to feel full afterward, like after eating a good meal.

The important thing is the impact [films] have on you and what traces they leave in you. The best compliment I could have is to see people talking about the movie afterwards in front of the theater and, maybe, have opposing views. It would be terrible see people just come out and say 'Okay, now, let's go see a football match or whatever,' you know?

Raw opens in select cities on March 10. Find a theater near you now.