Going Home: Traveling with Away We Go

As a road movie,  Sam Mendes' Away We Go provides a bittersweet tour of North America. When Verona De Tessant (Maya Rudolph) and Burt Farlander (John Krasinski) discover they are expecting, they leave their home near Denver, Colorado to search for the perfect place to raise their child. Moving from Tucson to Montreal to Miami, the film, according to The Today Show, “takes you on a wonderful ride.” Tuning into the tenor of each new town, the film captures the wild emotional ride of this new family trying to find their place in the world. “It’s almost like this story takes place as a series of postcards,” explains cinematographer Ellen Kuras. “We’re seeing the backgrounds change as they question and explore where they want to go and who they want to be.”

To celebrate this journey, we’ve mapped out Verona and Burt’s trip, in case you might want to follow in their footsteps for your own summer vacation this year.

Get Away We Go now on iTunes or at Amazon.

The official trailer for Away We Go

The two parents-to-be start off their trip visiting Verona’s old boss, Lily (Allison Janney), and her husband Lowell (Jim Gaffigan) at the Phoenix Greyhound Park, an encounter that sends them into a panic about the future. “Meeting up with Lily again, I think what Verona learns is that, as parents people change – or maybe just become more of who they are,” explains Janney. The same turns out to be true of cities. The Greyhound Park went out of business in 2009. While the dogs are gone, the race continues as shoppers now sprint to find the best deals at the Phoenix Park 'n Swap, which takes place on the grounds of the former track. 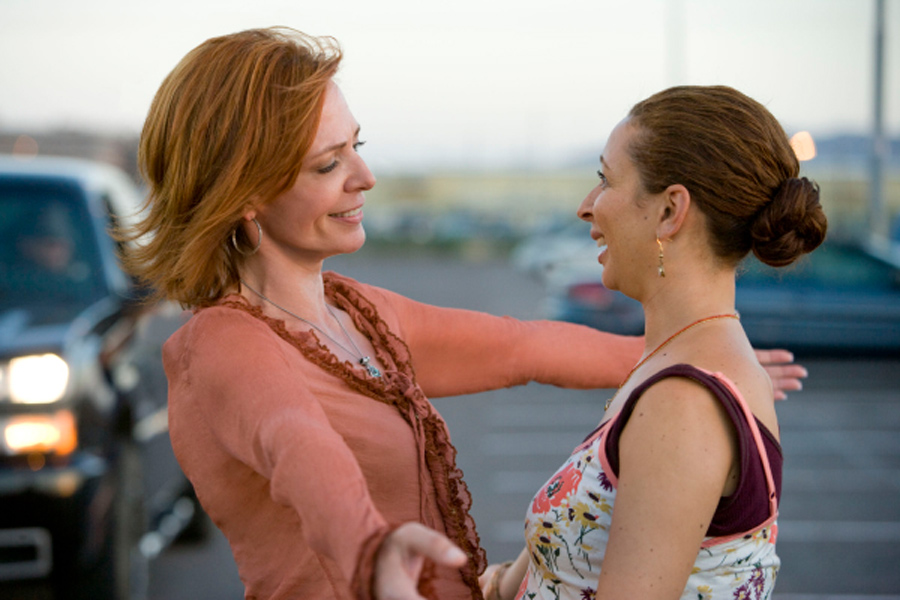 When the young couple visit Verona’s sister Grace (Carmen Ejogo) in Tucson, they encounter a luxurious vision of their future life. The JW Marriott Tucson Starr Pass Resort & Spa serves as the backdrop for Grace’s fabulous life as a hotel executive. The luxurious resort, located just outside of Tucson in the mountains next to Saguaro National Park, offers an oasis for tourists after a day touring sites like the Mexican Baroque St. Augustine Cathedral or the Old Tucson Studios. With its full spa treatment, golf, and lazy-river swimming pool, the hotel may not be Burt and Verona’s vision of home, but it’s a great place to visit. 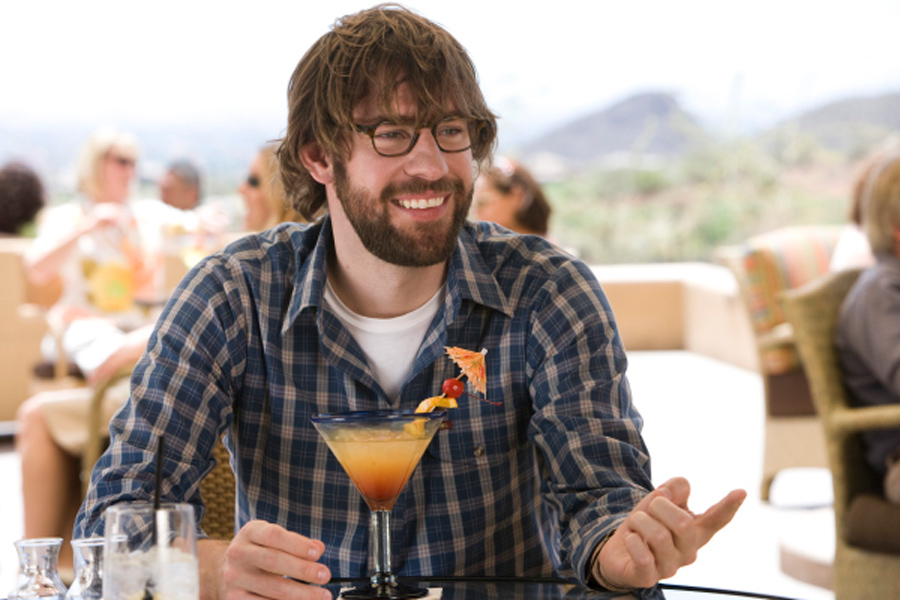 A different vision of domestic life is demonstrated by Burt’s childhood friend LN (Maggie Gyllenhaal) and her partner Roderick (Josh Hamilton) in Madison, Wisconsin. While the Taft School in Watertown, Connecticut stands in for the real University of Wisconsin—Madison, the drama captures the free-thinking spirit of the university town. Founded in 1848, UW-Madison evolved into one of the finest public universities in the country as well as one of the most progressive, a point that is sent up by LN’s hilariously parenting rules, which include a ban the 3 S’s: separation, sugar, and strollers. The campus, especially its sweeping Arboretum with 1,200 acres of nature trails, is an essential spot to visit. 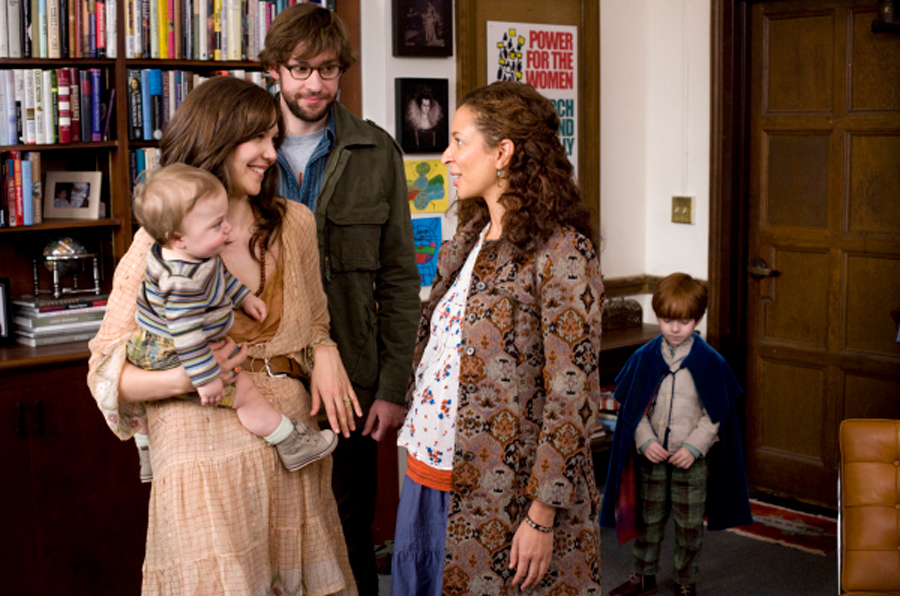 Verona and Burt meet LN (Maggie Gyllenhaal) and her child in Madison, Wisconsin

In Montreal, the couple meet up with Munch (Melanie Lynskey) and Tom (Chris Messina), old friends from college who have settled down with an international, multicultural family of kids they’ve adopted. While the Connecticut cities of Stamford and New Haven doubles as Montreal during production, the film captures the Canadian city’s international spirit and blending of old and new worlds. Tourists to Montreal can experience a wide range of experiences all in one day. After spending their morning viewing the cosmopolitan grace of Vieux-Montréal from a horse-drawn carriage, they can witness some of the city’s more modern and risqué neighborhoods at night—perhaps even catching a pole dancing show like that offered by Munch in the film. 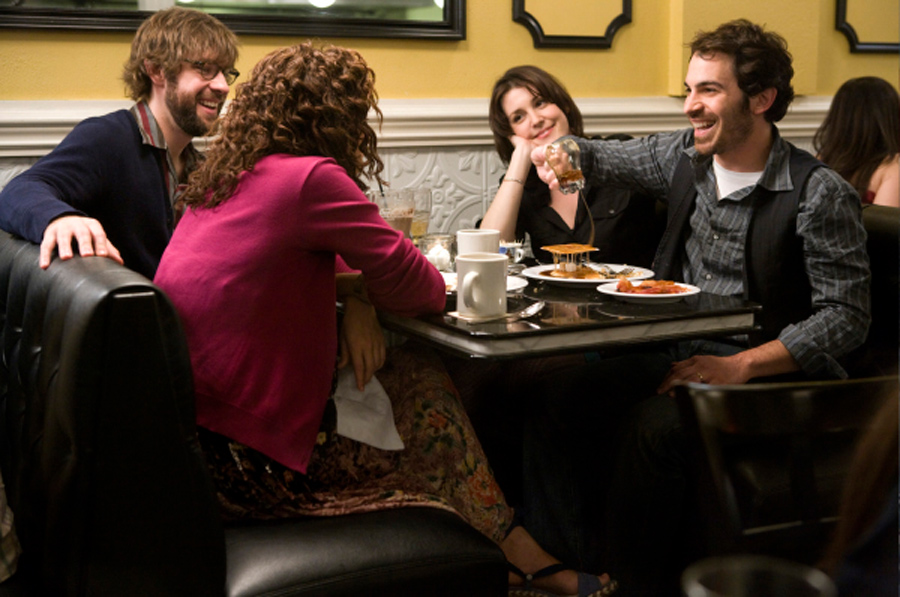 Friends reunite over pancakes in Montreal in Away We Go

Before finishing their quest, Verona and Burt taken an unexpected detour to Miami to check in on Burt’s brother Courtney (Paul Schneider), whose wife has walked out on him, leaving him to raise his young daughter alone. The single father’s emotional state strikes a counterbalance to the pastel, party vibe of Miami. While the actual city provides a wondrous adventure of art deco architecture and amazing beach life, Verona and Burt’s experience on Ocean Drive suggests they won’t be staying there too long. 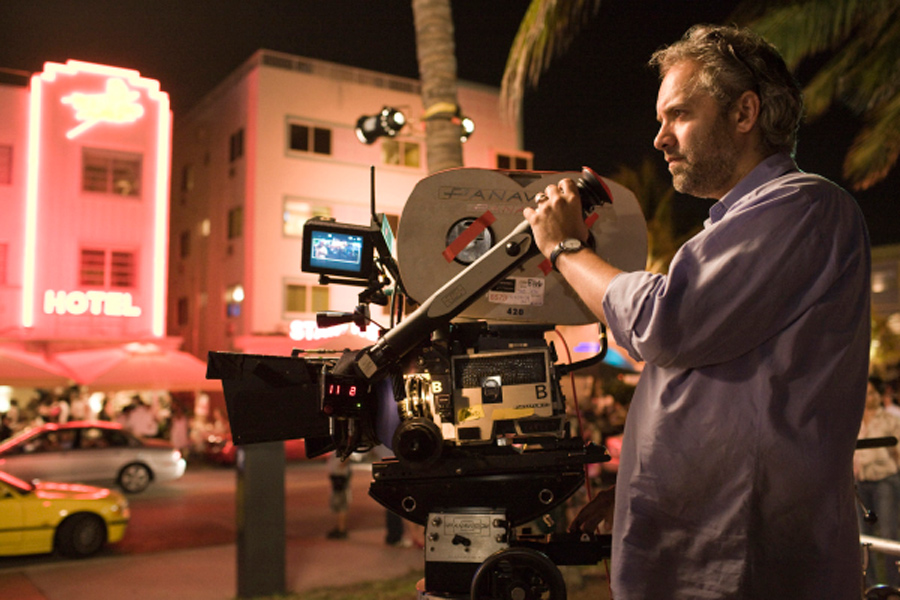 Leesburg, Florida | Home at the end of the world

At the film’s end, the two end up at the Florida lakeside house where Verona grew up. “You go through the journey these characters do in this movie, it's only natural that you wind up in the place you remember as 'home’,” notes Rudolph. This location also resonated for the actress. Shot in Leesburg, Florida, the film’s last locale was not far from Gainesville, where Rudolph was born. "I'm a Gainesvillian. This location felt like home, like a place I knew." Unlike the other cities portrayed in the film, this final place may prove impossible to visit, not simply because it can’t be found on a map. As Verona and Burt learn, finding one's home is a journey into one's hearts. 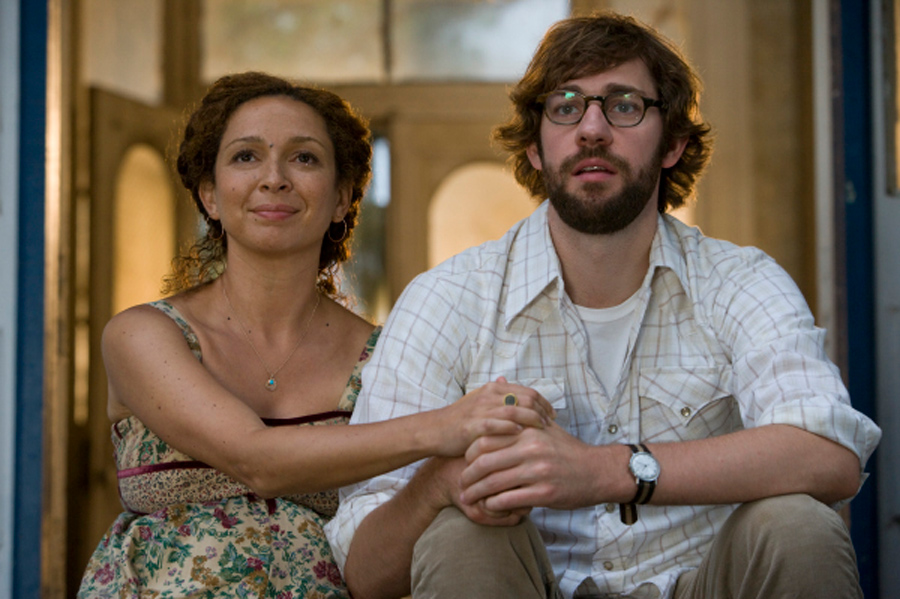 Verona and Burt finally at home