Celebrate Adopt A Shelter Pet Day By Doing Just That

During these difficult times, animals and humans need to stick together. For humans, the best way to do this is by opening your home up to needy creatures at your local shelter and adopting them. It's an act of kindness that profits everyone involved. Indeed, headlines across the country reporting a spike in pet adoptions have been a dose of good news in recent days. On April 30, keep the ball rolling by contacting your local Humane Society or adoption organizations to find out how best to celebrate Adopt a Shelter Pet Day.

To inspire you, we’re rewatching four films whose animal characters exemplify what we love most about having our four-legged friends at home. 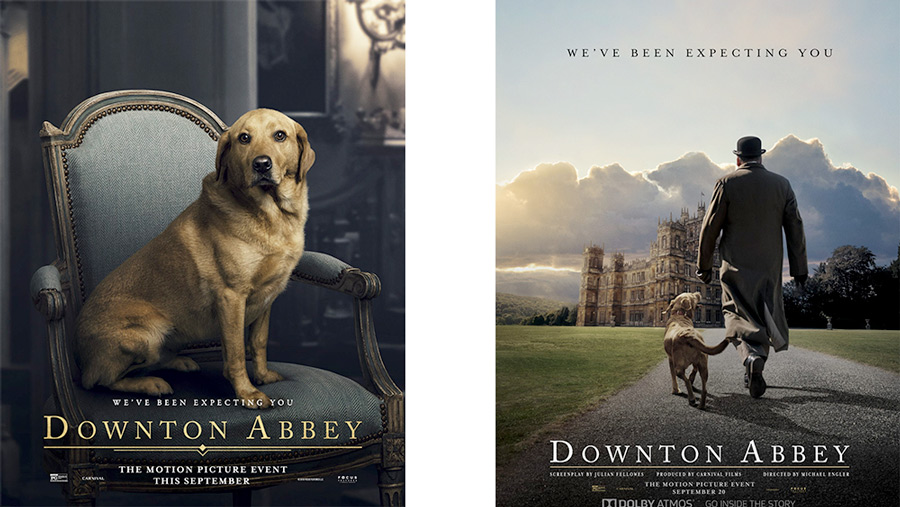 One of the most beloved stars of Michael Engler’s film Downton Abbey never appeared on the red carpet—unless he was on a leash. He was Teo, the retriever in residence, who was played by the dog actor Benji. From its start, Downton Abbey showcased its love of dogs. With the opening credits highlighting Lord Grantham (Hugh Bonneville) walking towards his beloved manor with his favorite dog, Dan Stevens quipped on Twitter, “Hound's Bum Abbey time folks.” While the dogs have changed over the years, the show's loyalty to its four-legged mascots has remained steadfast. Season one of Downton Abbey featured Pharaoh, who was replaced in season two by Isis. In season six, a new resident, a young puppy called Tiaa, appeared. In 2019, before the film hit theaters, Downton Abbey celebrated International Dog Day with a series of special posters and a video of an on-set visit with Benji.

Watch Downton Abbey now on iTunes or at Amazon. 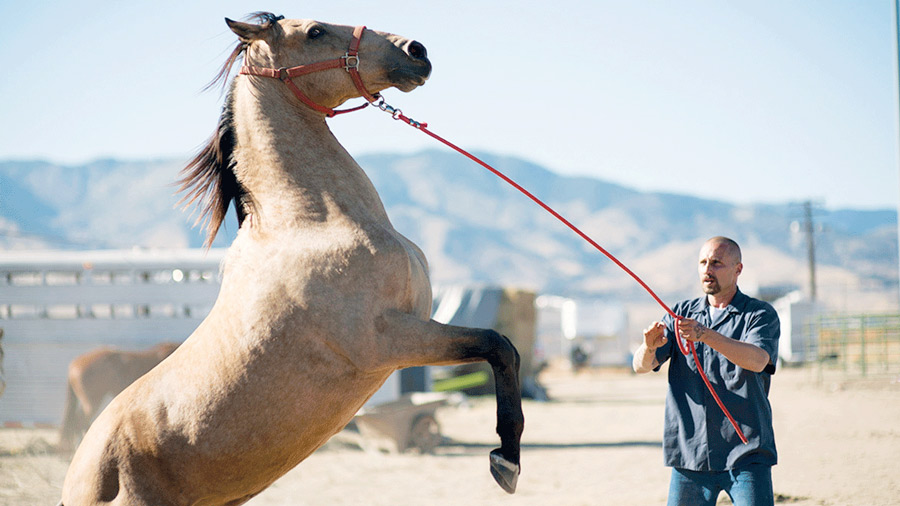 Marquis (Luke) and Matthias Schoenaerts in The Mustang.

The Mustang | Marquis played by Luke

In The Mustang, writer/director Laure de Clermont-Tonnerre tells a powerful story about the ways in which humans and animals support each other. Based on an actual rehabilitation program, the film follows Roman Coleman (Matthias Schoenaerts), a violent felon who is selected to help train wild horses as part of special equine therapy. At first the two wild creatures—the prisoner and the horse he names Marquis that he is supposed to train—want nothing to do with each other. Over time, however, each sees in the other something worth saving. Although several equine actors were used to play Marquis, Luke, a 12-year-old buckskin Lusitano gelding who previously performed as part of a traveling show called Cirque Ma’Ceo, served as the primary actor. Schoenaerts—who admits, “I kind of fell in love with my horse”—was moved by how in the film “the connection with the animal requires you as a human to direct your attention outward and not inward.” More often than not, the human trainers are the ones being trained in the process. For Time Magazine, the film “reminds us we don’t deserve animals–and still, they stick by us, as if we were worthy of their love.”

Watch The Mustang now on iTunes or at Amazon. 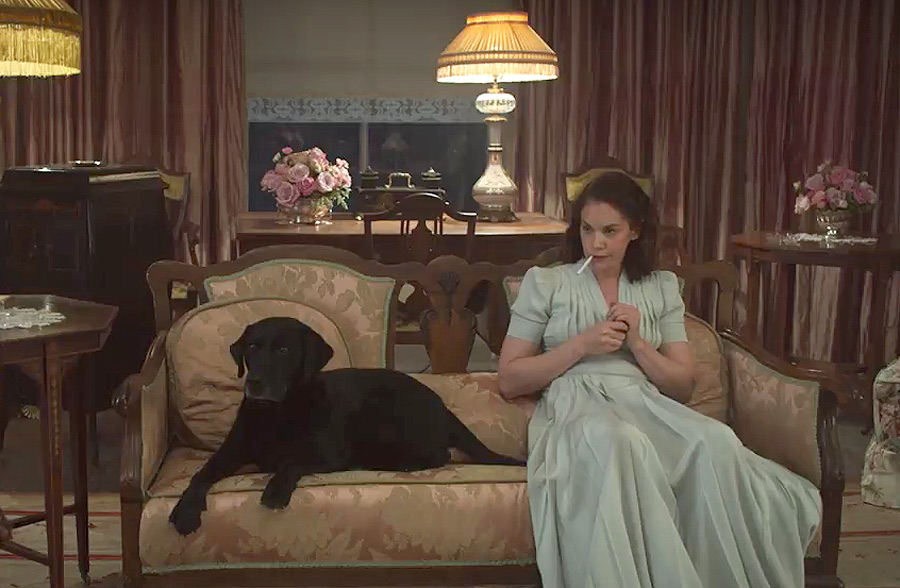 Gyp (Fern) with Caroline (Ruth Wilson) in The Little Stranger.

In Lenny Abrahamson’ thriller The Little Stranger, perhaps the most horrifying event befalls the family dog who suddenly seems possessed by behaviors that are completely contrary to his otherwise gentle demeanor. Stranded in a decaying English estate with her war-scarred brother (Will Poulter) and increasingly neurotic mother (Charlotte Rampling), Caroline Ayres (Ruth Wilson) is supported by her constant companion, a tender-hearted lab named Gyp (played by canine performer Fern). After Caroline invites Dr. Faraday (Domhnall Gleeson) to help uncover what is going wrong at Hundreds Hall, Gyp unexpectedly attacks a visiting child. In many ways, the dog's erratic manner perfectly encapsulates the idea of the estate turning on itself and its inhabitants. As one critic notes, Gyp is “a stand in for the very class the Ayres belong to: pedigreed, well-bred, well-trained, amiable and unthreatening.” While the character turns violent in the film, Fern, as Gleeson exclaims, “was amazing.”

Watch The Little Stranger now on iTunes or at Amazon 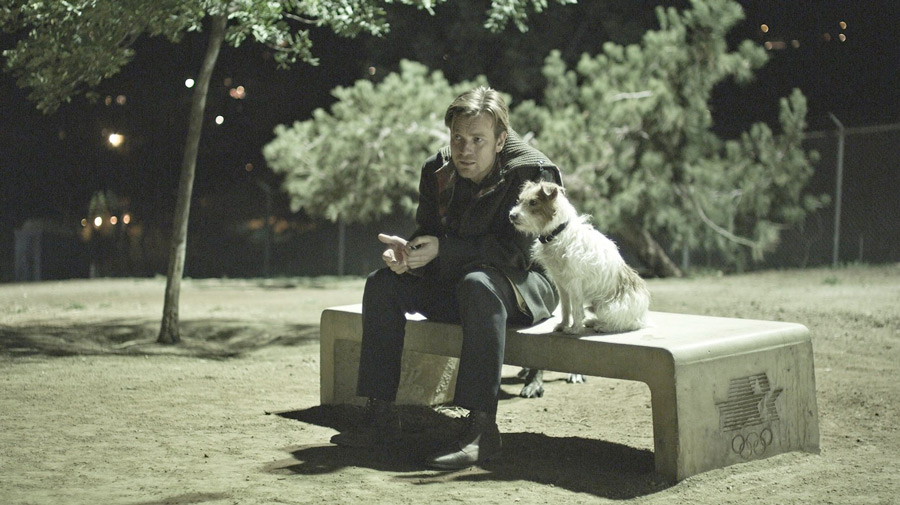 In Mike Mills’ Beginners, a dog proved not only an essential character, but key to the writer/director’s inspiration. In the film, a terrier named Arthur accompanies Oliver (Ewan McGregor), a young graphic artist, on his journey to find love after the death of his father (Christopher Plummer). For Mills, “I inherited my dad’s 13-year-old Jack Russell, and he was there while I was writing [the screenplay].” For many, the soulful hound embodied the film’s spirit. Awarding Cosmo the “Best Dog of the Year Performance," IndieWire explained how “the melancholy, existentialist, deep-thinking Jack Russell…truly won our hearts this year. More importantly, he pushed others, like McGregor, to adopt a dog of their own: “I couldn’t stand the idea of not having him around,” McGregor admitted.

Watch Beginners now on iTunes or at Amazon.